Microsoft announced on March 17th 2017 a new feature. It will create a private Office 365 Group for each user of Office 365 that has 2–20 direct reports. It will obtain this information from the manager attribute populated in Azure Active Directory.

The notion of “Satya Nadella’s Direct Reports” is actually something I saw manually managed by Microsoft managers. It saved time for the manager when emailing all the people they managed. It was also commonly used for people who wanted to communicate with the managers team easily. The big difference is this is creating PRIVATE groups so can only be used by the manager and the direct reports. I’m guessing someone asked this question…

“Wouldn’t it be cool if we automatically created these groups from the manager field for all managers at Microsoft?”

Sample of Hyperfish FREE analysis report on your Active Directory

We’ll also show you the completion of other attributes in your directory, like profile photos. We keep an eye on the percentages we get back from all organizations that run the analysis. As of publishing this blog post…

60% of users across all the organizations we’ve analyzed are missing the manager attribute.

For those managers it does get created for, it will provision a private Office 365 Group (sometimes called a “connected group”). This means it is provisioning a SharePoint Site, Yammer Group, Group in Outlook (distribution list on steroids), OneNote notebook, and a Planner plan.

I can see the value in a Office 365 group for managers to collaborate with their direct reports via:

There are certainly a lot of benefits in having a consistent way inside an organization to collaborate with your direct reports. 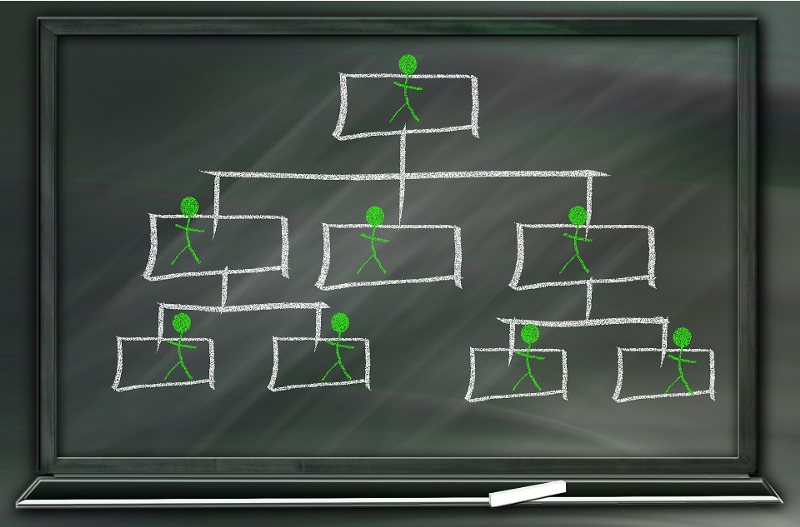 Getting your Manager and Report attributes accurate is important for automation

This is yet another example of how Microsoft is growing more dependent on profile information in Azure Active Directory. The org chart view in the new profile experience is going to look very bleak without manager attribute.

Microsoft are clearly feeling the pinch here. I’ve noticed more and more prompts in the user interface to try and encourage users to update their profile information.

Hyperfish provides complete and up-to-date people profiles across your entire digital workplace, by analyzing and automating the collection of information in your Active Directory.

Scenarios to watch out for

As mentioned above, this is a great scenario for managers and direct reports to communicate together.

As people move to different teams or join existing teams…one thing about these groups is they won’t automatically be updated (see support page).

The use of the phrase “automatic group creation” is very literal.

So it is the reponsibility of the manager to keep membership of their private group updated once its been created for them.

These private groups are owned by the manager. If a manager leaves his team or worse the company, it is the responsibility of that manager who owns the private group to transfer ownership to the new manager.

There is a more concerning scenario, if a new manager comes along for that team…who is new to the organization and has never had an automatic private group before. If the direct reports manager attributes have been updated to this new manager, a new group will be created. This wouldn’t move all the content from the previous manager private group into this new group. It’s scenarios like this where although this seems like a convenience…it will cause absolute headaches as 3rd party tools are required to transfer content between groups and in some cases there is no solution (Planner, Yammer, etc.).

What happens for organizations that already have encouraged managers to create private groups for their direct reports? On the support page it states that there is a algorithm in place to try and detect duplication and not create a group automatically.

This one most certainly took everyone by surprise. Microsoft MVPs were clearly not in the loop and were notified like everyone else through the Office 365 Message Center.

Tony Redmond, Microsoft MVP for over 15 years, wrote a great post on this: “Microsoft’s flawed plan to auto-generate Office 365 groups for managers”. How do you stop this? How can I see what’s created etc. What is this costing me in quota? To Microsoft’s credit, the support documentation released covers all of these scenarios now.

I want to give kudos to Christophe Fiessinger (Program Manager for Office 365 Groups) for this feature. Christophe also announced an update on March 21st stating they will be limiting the roll out to a small set of customers.

“We understand your concerns and have decided to limit the rollout of this feature to a small set of customers (notified via MC94808) whom we will work with directly to ensure both feedback is considered, and that feature usage has a positive impact.” Christophe Fiessinger

It’s great that Microsoft have decided to roll this out to a smaller group and get more feedback. Personally I feel this needs a lot more automatic management than just creating them in the first place. All of this is relying on the manager attribute in people profiles, which we see at Hyperfish largely not populated or correct.