Since Microsoft Teams’ general release in March 2017, the platform has made impressive and significant strides in its journey toward providing a central space for collaboration in Office 365. As a result, Teams has made impressive leaps in terms of adoption. A December 2018 study found that 21% of businesses in the U.S. and Europe were actively using Microsoft Teams, versus 15% using its main competitor, Slack. For some perspective: just 3% of businesses were using Teams in 2016, 13% were using Slack.

Adoption of Teams initially skyrocketed as the software became free for Office 365 subscribers; adoption continues to grow because Microsoft are committed to constantly improving the software. 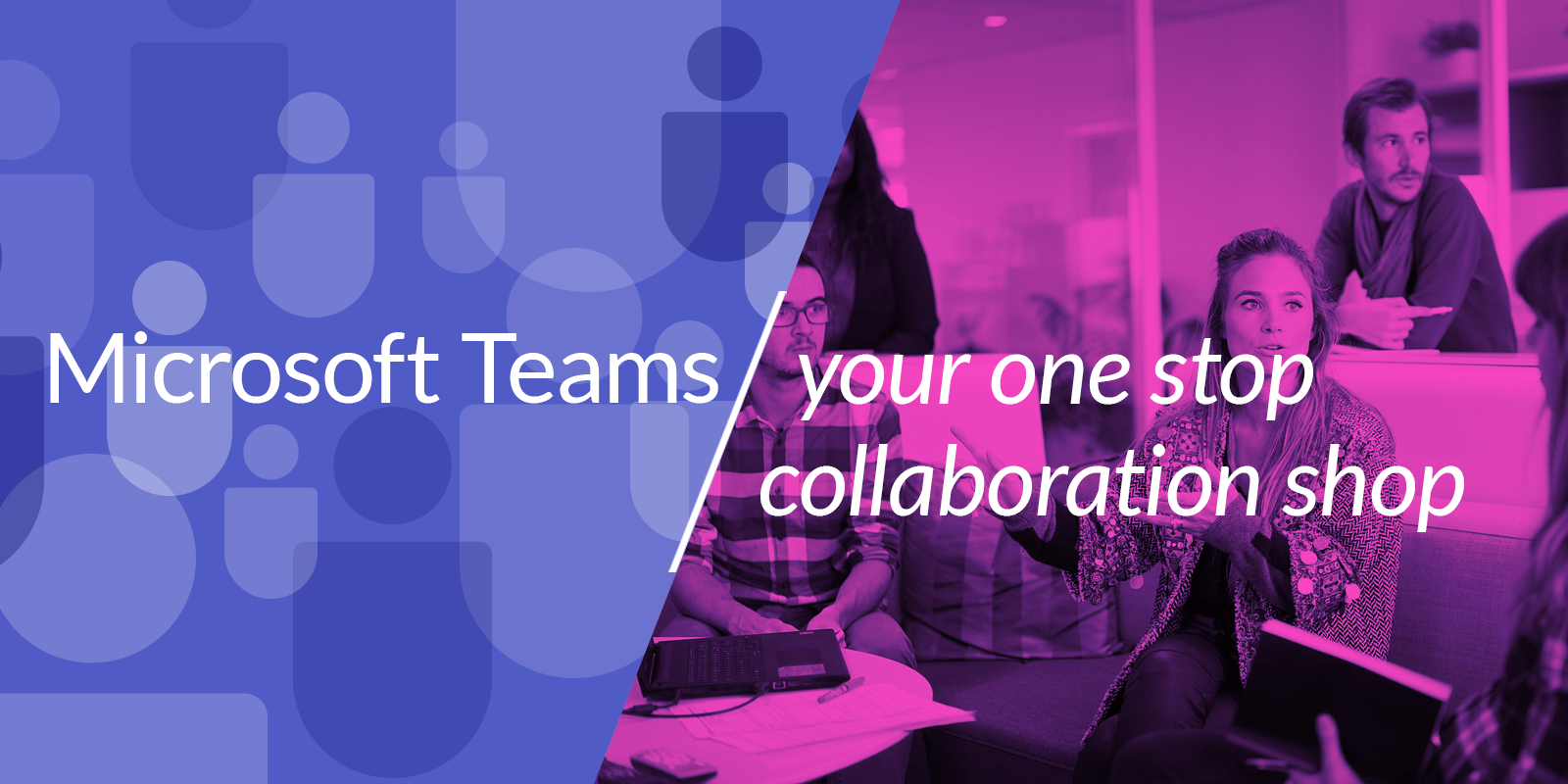 An upgrade to Skype for Business

Despite the rise of Microsoft Teams, Skype for Business remains the leading application for workspace comms, with 44% of businesses still using the service in some form. A changing of the guard, however, is on the way. Microsoft has confirmed that Teams will succeed Skype for Business as the go-to application for communications in Office 365. They have positioned the migration as an ‘upgrade’ and the goal of Teams is clear: to provide businesses with a richer toolset to improve collaboration between its employees, customers, and clients.

This post will explain the best functionality and features in Teams that drive collaboration within organizations. 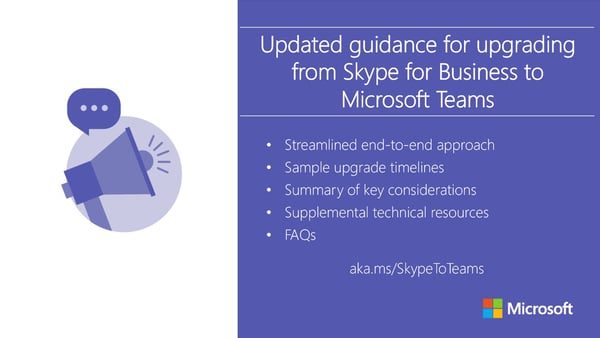 With Office 365, Microsoft aim to provide workers with everything they need to get their work done. Teams is a good example of this, providing features to aid rapid information sharing and bringing in functionality from other Office 365 apps within a single application window. Employees communicate via instant chat, one-to-one calls or video conferencing. They can create meetings and calendar events from within conversations, as well as share and edit Word documents, PowerPoint presentations, and Excel spreadsheets

For the other aspects of day-to-day work, Teams relies on bots and apps. These execute specific workflow functions – from project management in Trello to app development in GitHub. Together, apps and bots bring functionality from other areas of Office 365 and external IT tools to provide workers with everything they need to collaborate.

Office 365 is a combination of enterprise-grade apps employees use to get work done; Teams is the app that lets them work together to get more done, to a higher standard. 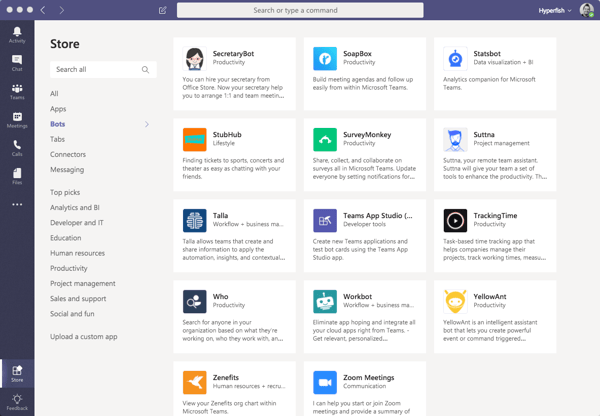 There are a multitude of features big and small that have been added to Teams since its release. The full list of Teams features that have been released, scheduled, and are rolling out can be seen on the Microsoft Teams roadmap. The following have the biggest impact on helping users work together.

Teams has a host of calling features such as call queues, transfers and forwarding, do-not-disturb, out of office support, and its own answering machine. Direct Routing lets you bring in your own telephone service to Teams, so Teams meetings can be joined by any user via Teams, Skype for Business or PSTN. Talk with who you need to, even if they’re not using Teams, when you need to. Calls can be recorded, too, and can be automatically transcribed, so you can keep track of everything and return to it later without worrying about non-compliance with data regulations – everything is stored in Azure.

In-line conversations offer the quickest way to communicate via text-based chat – native language translation means you can do so with any worker in the world. Sending files can also be done within chat windows, or to a broader Teams group. Edit your Office documents in-line within Teams or get routed straight to the relevant Office application. Any changes are instantly updated, saving you from constantly clicking through various app windows.

Segment the business into as many individual Teams as you need, from departments to projects, etc. and focus every aspect of Teams – conversations, file sharing, apps and bots – to that particular group.

Interact with Teams bots the same way you would with any other colleague – in chat. Bots function as digital workers that real workers can talk to and work with. They communicate with users, respond to their questions, and proactively notify them about changes. They share this information with a personal feel – improving the likelihood that information will be consumed, appreciated, and acted upon. Learn how to create a bot for Microsoft Teams here. 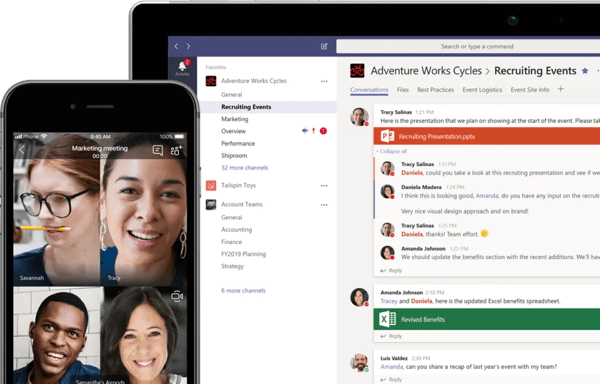 Microsoft Teams is just one part of Office 365’s application suite. It’s pre-emptive to say that it is better for communications than Outlook and Skype for Business; or better for collaboration than the Office Suite and SharePoint.

What Teams can be, however, is the central space for Office 365 apps and their respective functionality. As Microsoft continue to improve Office 365 and Teams, the platform has only the potential to get better – helping employees work better, together, as a result.

Look out for more blogs on what else you can do with Microsoft Teams to further enhance collaboration and comms in Office 365. Like our recent post on Teams two years, where you can go on the journey of Teams from general release to now.

Chris Johnson
Co-Founder and CTO at http://Hyperfish.com. Kiwi. Ex-Product Manager for Office 365 at MS. Dad. Skydiver. Creator of My Trips for Windows.